It’s estimated eight million tonnes of plastic enters our oceans every year, much of it coming from cities through rivers. Canary Wharf is a thriving district located on London’s River Thames, with 120,000 people coming to visit, work or shop on the Estate every day. This unique environment provides a rare opportunity to make a real difference.

In 2018 we launched Breaking The Plastic Habit, a programme designed to change behaviours and move away from our throwaway culture. By working with our tenant partners, we wanted to eliminate unnecessary single-use plastics from our operations and encourage a culture of reuse at Canary Wharf. 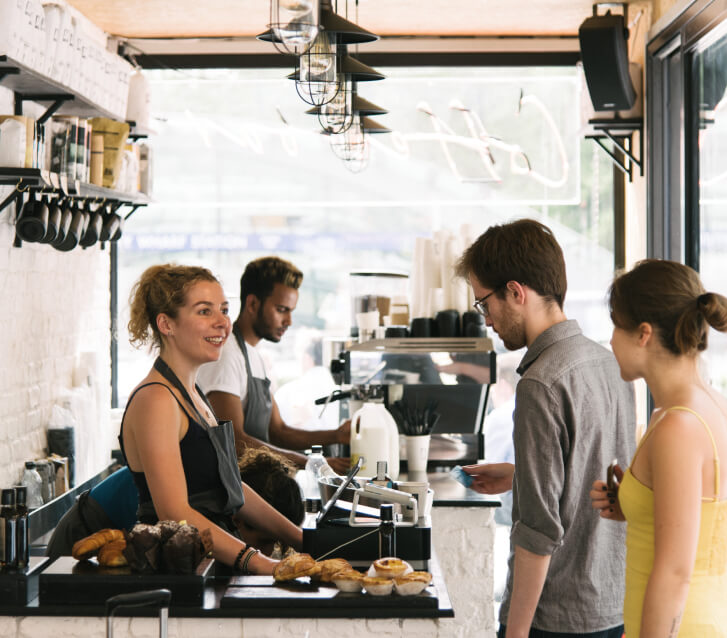 When we launched Breaking The Plastic Habit in 2018, we wanted to create a community initiative across the Canary Wharf Estate to remove single-use plastic. On World Environment Day 2019, we were proud to be the first commercial district in the world to achieve Plastic Free Communities status, an accreditation given by marine conservation charity Surfers Against Sewage.

We focused on 5 key areas in order to achieve Plastic Free Communities status:

1. Steering Group
We established a steering group of senior managers from across the Group who met bi-weekly to monitor progress.
2. Governance
We updated our policies to include our commitment to reducing single use plastic.
3. Local Business Engagement
We worked with businesses in our community to eradicate unnecessary plastic.
4. Community Engagement
We worked with our community to foster a plastic-free space that works for everyone.
5. Public Events
We held breakfast briefings and public events
to raise awareness and promote sustainable behaviours. 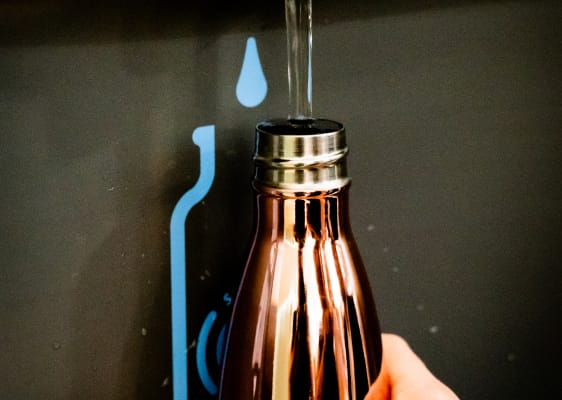 In September 2018, we installed the UK’s first trackable water refill stations in our retail malls. The seven units have since been used to refill over 250,000 bottles, which might otherwise have been plastic bottles purchased. We also installed the UK’s first publicly accessible deposit return scheme in 2018, which now provides users HELPFUL coins in return for properly recycling plastic drink bottles. In 2019, over 10,000 bottles were recycled through the deposit return scheme.

In January 2019 we installed a Seabin in the Middle Dock at Canary Wharf, which collects rubbish from the water and prevents it from getting out into the Thames and beyond. In 2019, the Seabin collected over 180kg of rubbish from the docks, and we are looking to install a second Seabin in 2020. 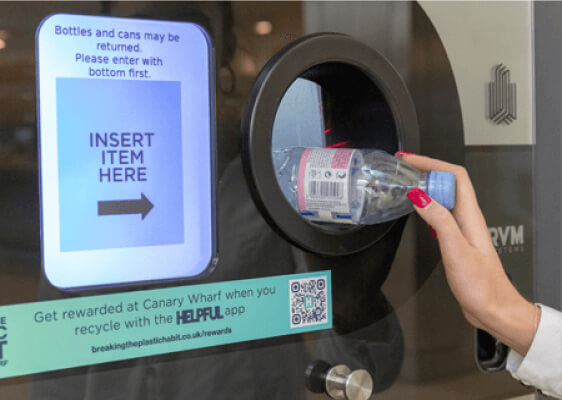 In January 2019 CWG partnered with HELPFUL, the creators of the world’s first plastic recycling and rewarding app, to simplify and incentivise reuse and recycling for consumers. Estate users can use the app to scan plastic waste and receive feedback on where on the Estate they can reuse or recycle their plastic products, and receive rewards for doing so. In the first year, the app was downloaded over 38,000 times, 9,035 items were recycled, and 11,086 single-use plastic items were avoided using the reuse function. The app has been extremely well received, creating a network of regular users who continue to increase each month.

“Canary Wharf Group wanted to tackle single-use plastics because we recognise that most cities are built alongside rivers, which are a major route of pollution to the ocean. As a major business district in one of the biggest cities in the world, we wanted to show that it’s possible to break the pollution pathway with a programme that rewards the right behaviours. We knew that if we could be successful, we could inspire other districts, communities and individuals to make a difference.”

Previous
Introduction
Next
Closing the Loop